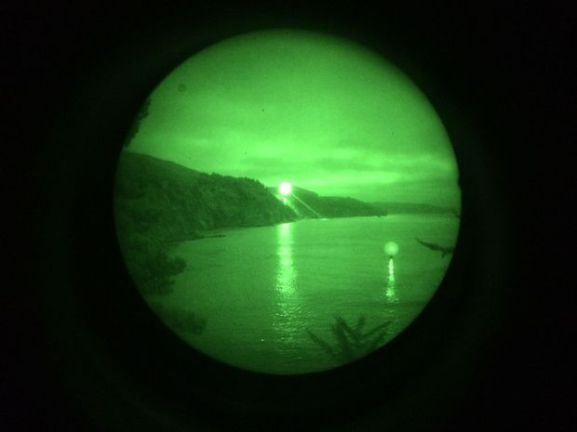 It has been discussed on this blog before about how hard it can be for pilots and their observers to spot victims. Be sure to have signalling gear and skills with you..

“And though a helicopter flew so close that Fuhriman said he could identify the pilot in a line-up, rescuers couldn’t see him”  http://www.buffalobulletin.com/article_ea0cff8c-38fe-11e4-8a7c-001a4bcf6878.html

WTF?  If senators want to be reality stars, how about we send all our politicians to a remote island and just leave them there.. – http://www.nydailynews.com/news/politics/pols-team-survive-desert-island-article-1.1936595

Backpacker Kelly Hall, who had been missing for nearly four days in the northeast section of Olympic National Park, walked out to the Whiskey Bend Trailhead in the Elwha Valley yesterday morning.

Hall, who’d been the subject of a major search, was tired and had suffered minor scrapes and bruises, but was otherwise okay.

Hall was last seen by two other hikers in the Grand Valley area about four miles from his starting point at Obstruction Point. He told searchers that he lost the trail in very foggy, rainy conditions in the area of Grand Pass and found himself heading west into the Lillian River drainage rather than into the Cameron Creek drainage as planned.

He said that once he realized his mistake and was able to determine his location, he decided to continue hiking downstream along the Lillian River, knowing that he would eventually find the Lillian River Trail, which would lead him to the Elwha River Trail and the Whiskey Bend Trailhead.

Hall’s ad hoc Lillian River route involved eight miles of extremely strenuous off-trail travel, which was much more rugged, difficult and time-consuming than he had anticipated, taking nearly four days longer than he had originally planned for his hike.  He reached the Whiskey Bend Trailhead this morning, where he encountered a group of hikers who gave him a ride to the Elwha Ranger Station.

Hall was well-equipped with food, a water filter, maps and compass, the “Ten Essentials” and appropriate gear.

Hall began his hike on Saturday, August 30th, setting out from the Obstruction Point Trailhead near Hurricane Ridge.  Family members expected to meet him at the USFS Slab Camp Trailhead on Thursday afternoon.

Just before noon on Thursday, September 4th, rangers and park paramedics responded to a boat accident with an unresponsive kayaker on the Snake River, about three-quarters of a mile downstream from the Pacific Creek landing.

Gerald Skinner, 80, of Brentwood, Tennessee, was kayaking with his son near the Snake’s confluence with the Buffalo Fork River when he apparently overturned his boat and lost consciousness.

Skinner’s son made a 911 call for help, and that emergency call was routed to the Teton Interagency Dispatch Center at 11:50 a.m.  Park rangers quickly responded to the scene by foot and by boat.

Within a couple of minutes of the accident, a private fishing party of two EMT/firefighters from Colorado happened to float by and they stopped to assist. The two EMTs began providing emergency medical care to Skinner. They also delivered updates to the Teton Interagency Dispatch Center while rangers were en-route.

The first park ranger arrived on scene at 12:10 p.m., after traveling by vehicle from the Buffalo Fork Ranger Station and then bushwhacking on foot to the river bank location. A second park ranger and two park paramedics also launched from Pacific Creek landing via boat and they arrived at 12:12 p.m.

Rangers transferred Skinner—who was breathing, but still unresponsive—to a sandbar in the middle of the river, where a Teton Interagency Fire contract helicopter was able to land. The helicopter made a quick flight with Skinner and the two park paramedics aboard from the river island to a nearby ballfield at the Moran School.

Upon landing, Skinner was transferred into a waiting park ambulance. Emergency care continued in the ambulance until Classic Air Ambulance, a life flight service out of Riverton, was able to arrive and provide transport to the Eastern Idaho Regional Medical Center in Idaho Falls.

An investigation into what caused the boating accident is still underway. Both Skinners were wearing life vests at the time of the incident.

Fisherman’s vehicle break down and spends five days in the wilderness-  http://abcnews.go.com/GMA/video/man-sleepwalks-cliff-camping-survives-25400928