Man vs. Bear – Your chances of getting attacked by a dog are exponentially higher than being attacked by a black bear, but knowing what to do is good info to have on board. I always tell people that if they knew how tough they were, hikers would get eaten all the time. A 200 pound animal that can climb a 100 foot beech tree like a squirrel has some serious power. Fortunately they don’t realize how soft and chewy we are and so it comes down to a dominance issue.

The following story has good points. Injury led to the attack on the hunter, but the hunter survived because he took the fight to the bear. This is key. If you act like prey, you will be. Prey doesn’t fight back. I have punched a bear in the face that tried to come in my tent  and “Rambo” Ricky, the badass you see carrying the tranquilized bear, has kicked several in the face with his logging boots. 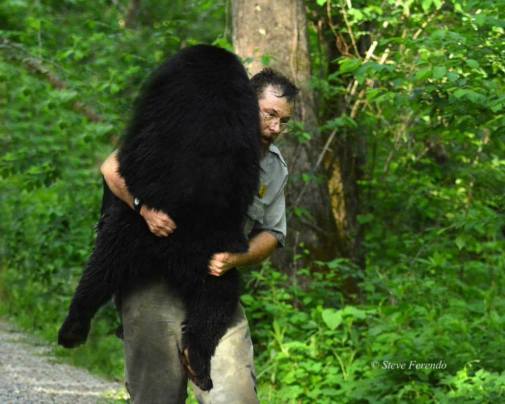 Whether it is a bear in your camp or an intruder in your house, when it is time to fight, don’t be prey!!

– Thanks to Jeff for the heads up on the story

Late on the afternoon of December 2nd, a  911 call was patched through to Mount Rainier dispatch from an injured 61-year-old hiker who had broken his lower leg in a fall. He slipped on a steep icy slope and fell 50 feet just above Panorama Point, coming to rest after hitting a rock hard enough to result in a compound fracture of both lower leg bones of one leg.

A group of skiers descending from Camp Muir fortuitously came upon the accident site and the injured hiker. The group was better prepared than the great majority of backcountry travelers and was able to radio park rangers with the GPS coordinates and other pertinent information.  They then went to great lengths to protect, rewarm and care for the man for several hours of cold and windy conditions while rescuers were summoned to the park to perform a carryout.

Rescue efforts continued into the wee hours of the morning.  The injured hiker was then transported by ambulance to the hospital.

US teams to assist in search –   http://www.gmanetwork.com/news/story/390800/news/world/us-rescue-teams-join-search-for-missing-south-korea-boat-crew

Deadman anchor and tow strap for getting unstuck in sand – http://www.nocarnofun.com/how-to-pull-your-truck-out-of-trouble-arabs-knew-this-lifesaving-trick-for-centuries/

Interested in learning skills to handle emergencies like the ones you read in Survival Weekly?   Check out BigPig Outdoors Survival 101 class  – http://www.bigpigoutdoors.net/survival-101-1.html 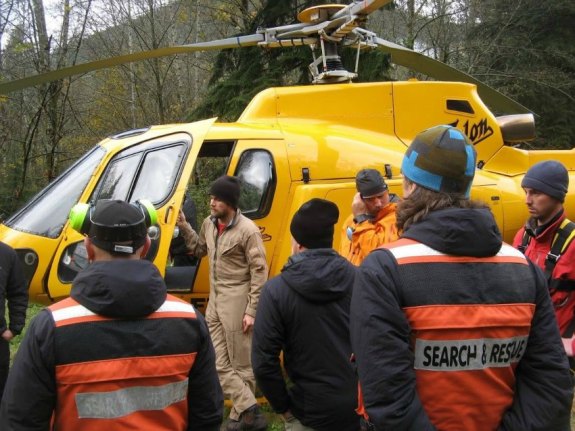