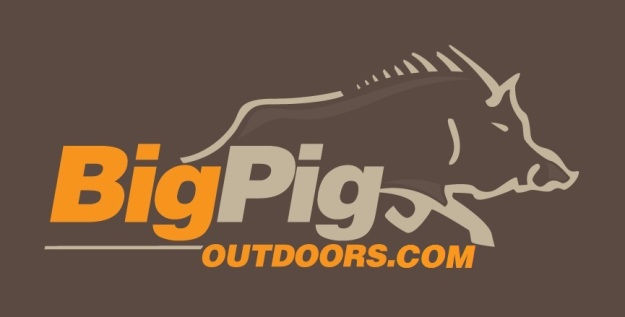 Applications due by March 5. teambusar.org/join 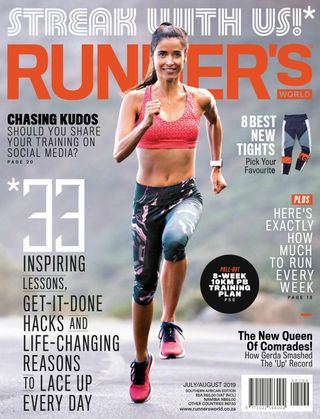 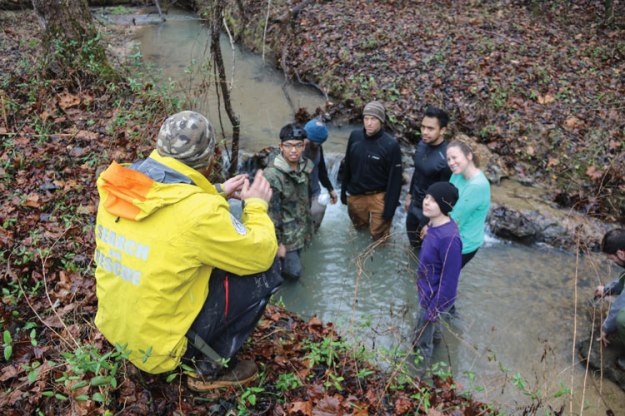 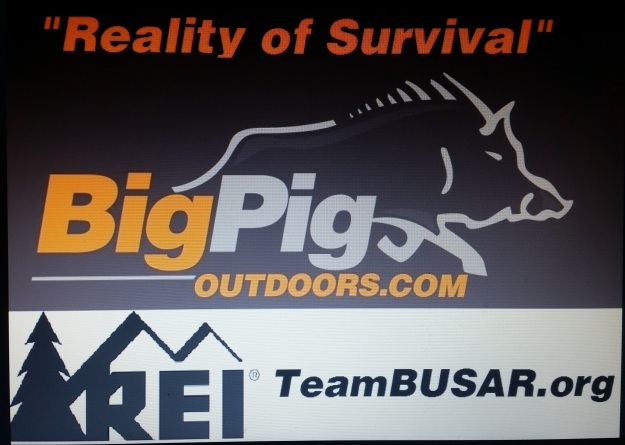 Wilderness emergencies can be prevented or managed by having the right mindset, skills, and gear. I pack 25+ years of stories and experience into my REI classes and we work hands on skills that can keep you alive. This year, we are also handing out my favorite emergency shelter and firestarters, having some of Team BUSAR visit, and donating some of the class fee to the team.

Headed to Asheville on February 15th.  Future dates will be posted on the calendar and class pages.

These classes tend to reach capacity rather quickly, so keep checking back to see when one is coming to your area. Knoxville only has 4 spots left.

Wilderness emergencies can be prevented or managed by having the right mindset, skills, and gear. I pack 25+ years of stories and experience into my REI classes and we work hands on skills that can keep you alive. This year, we are also handing out my favorite emergency shelter and firestarters, having some of Team BUSAR visit, and donating some of the class fee to the team.

Headed to Brentwood on January 21st.  Future dates will be posted on the calendar and class pages.

These classes tend to reach capacity rather quickly, so keep checking back to see when one is coming to your area. Knoxville only has 4 spots left. 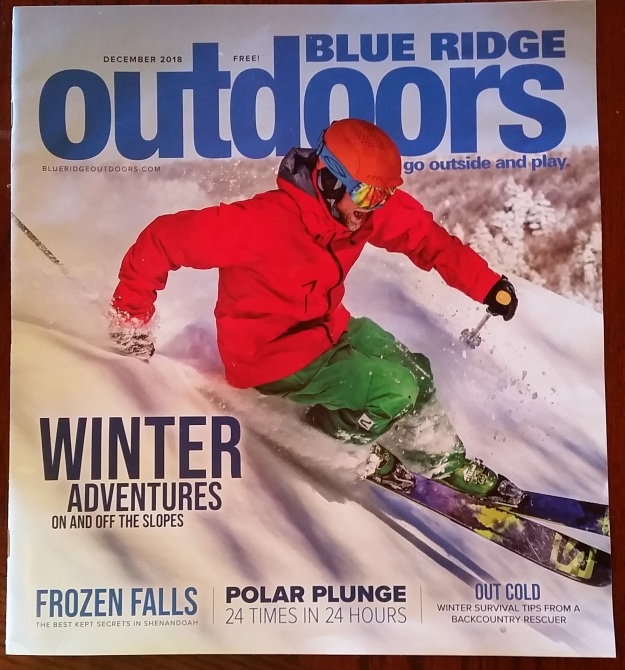 Pickup a copy of Blue Ridge Outdoors magazine free at your local outdoor retailer to read an article about BigPig Outdoors and Team BUSAR.

You can also read it online here

A couple weeks ago, Team BUSAR responded to assist NPS Rescue team in the evacuation of a stroke patient from Mt. LeConte. Fortunately, the rescue went smooth and Chuck is doing great! The life stories that we are intertwined with don’t always end well, so we love to hear happy endings.

We received the following notification from his wife and link to a post written by one of his party. With their permission, I am re-posting it here.

Hope you are well. My husband, Chuck Cocke, was rescued by NPS and BUSAR on the afternoon and evening of November 9th. Chuck had gone hiking with a group of friends from Christ Church in Charlotte. They hiked to the top of Mount Le Conte on Thursday, November 8th (a strenuous journey for anyone)  and then the group stayed overnight at the lodging on the summit. Friday morning during breakfast people in the group noticed that Chuck didn’t seem like himself. Upon leaving the cabin where they were having breakfast, Chuck stumbled and fell; those around him noticed he seemed incoherent. Luckily,  Stuart Garner was on the trip, he is an excellent pulmonary doctor. He had Chuck lay down on one of the beds and Stuart administered first aid and recognized the signs of a TIA, Transient ischemic attack, or commonly known as a mini-stroke.

Chuck eventually became stabilized but the question then was how to get Chuck down the mountain. That is where NPS and BUSAR came in. The team arrived about 3 p.m. that day and carried Chuck down the mountain on a gurney. That particular day it was foggy and raining and for three of the four hours during the decent, the team was in the pitch dark.

When they finally arrived at the base of the mountain, I was so grateful that I wanted to cry. It was such a heroic act on the part of people who didn’t know my husband. Chuck and I are so thankful for the effort of NPS and BUSAR. I am sending you the E devotion written by Matt Holcombe, our priest who was on the trip and also played a key role in the rescue. I’ve also cc:ed Matt in case you want to reach out to him. Matt’s words are very moving; many people have responded with love and gratitude for the work of your first responders.

Thank them for me for saving my husband’s life. We are both very grateful.

The answer caught me off-guard: “We can fly him off the mountain in a helicopter, take him down on horseback, or carry him down on a stretcher.” This is when I knew we were in trouble.

Last week a group of men from Christ Church and friends hiked to the top of Mount LeConte. After a grueling eight-mile hike we all finally reached the summit at 6,593 feet. Welcoming us, and hikers from across the world, was Mount LeConte Lodge, the highest guest lodge in the eastern United States. With no electricity or running water and the closest road six miles away, the hand-hewn log cabins are an appropriate escape from the high-tech world a mile below. After a hearty dinner, evening prayers, and a time of reflection on our hike’s theme — ‘Whose life are you living?’ — we retired to our cabins for a well-earned night of sleep.

The next morning we prepared for the six-mile hike down the other side of the mountain. We packed up our backpacks and shared a quick breakfast. This being our 11th annual hike, most of the 23 men knew what to expect. But everything was about to change. After breakfast I noticed someone helping Chuck Cocke walk to his cabin. I offered to help and immediately noticed the left side of Chuck’s body wasn’t moving. He wasn’t speaking clearly. His eyes were glazed over. He couldn’t hold his head up. We rushed him to a nearby cabin and laid him on one of the beds. Stuart Garner, the hike organizer and a gifted pulmonologist, appeared out of nowhere. Stuart checked for a wrist pulse and couldn’t find one. Stuart found a carotid artery pulse and the lodge staff was summoned for help. It appeared Chuck was having a stroke and we knew every minute was vital.

The next hour was a blur. After conferring with the National Park Service (NPS) the lodge staff gave us the options: “We can fly him off the mountain in a helicopter, take him down on horseback, or carry him down on a stretcher.” Unfortunately, due to weather conditions (50-foot visibility, rain and winds gusting to 20 knots), the helicopter option was eliminated. Due to Chuck’s condition, horseback was also not possible. He needed to be carried down the mountain. We felt defeated and I felt hopeless. I got in touch with Chuck’s wife and assured her we were doing everything we could. However, at that moment I wasn’t sure if Chuck was going to make it off the mountain alive.

Shortly after 8:00 PM we reached the bottom of the trail, where Chuck’s wife and an ambulance were waiting. They rushed Chuck to the hospital for a myriad of tests. All the tests came back negative and he was released the following day. The doctors don’t know what happened or how or why. Some may say it is a mystery, but I’d prefer to call it a blessing. A blessing that Chuck’s health was restored, a blessing for the strangers who helped Chuck, or perhaps the biggest blessing of the whole experience … Chuck doesn’t remember anything from the entire day.

This Thanksgiving I pray that you will give thanks to God for all the blessings in your life, especially the ones you can’t explain.

Please join us tonight for Thanksgiving Eve Holy Eucharist at 7:30 PM in the Church.