Reg Foggerdy was close to death when this picture was taken. While camel hunting in Western Australia, he got lost without any gear and spent the next six days suffering. In typical media fashion, he has been dubbed the “Antman” because he ate a few ants during his ordeal, and news titles like this littered my news feed:

The stories, fed by a culture of survival un-reality shows, focus on the folllowing aspect:

“But the Ant Man wasn’t gone. After four days wandering at night and lying under trees during the hot days, he remembered watching survival shows. He found a nest of black ants and forced himself to eat them; 12 at first, then 18 the next day.”

But in one story, a glimmer of truth came to light. The media didn’t focus on it, but we will here..

“Reg says he wouldn’t be alive today without Aboriginal elder Robin Smythe, who was on a separate land survey and accidentally spotted what no one else could: a faint thong print in the bush that led police searchers to Reg 12 hours later.”

In Reg’s own words, he owes his life to the ability of a man to visually interpret some obscure disturbance on the ground and recognize it as human. The surveyor wasn’t even looking for Reg, he was just aware of his surroundings and had the skills to interpret them. That was the real key to the story of Reg’s survival.

Well, you don’t have to be an Aboriginal or Native American to track. In recent history, native cultures have been relied upon for their tracking prowess, but the ability to track is a common bond between all of us if you search back far enough.

My speculation and experience is that anyone can track, but cultures or individuals that have closer ties to the land, have the opportunity to develop those skills more.

This weekend offers a great opportunity to get back in touch with that primal skill, as BigPig Outdoors is hosting one of the best tracking instructors in the nation for a weekend of tracking.

That is a pretty bold marketing claim, but I will back it up with the following points:

And lastly, Rob is humble. He has mad tracking skills, but probably will have a hard time reading my accolades. The tracking industry has some pretty large tales and egos to match, but you won’t find that with Rob.

To read Rob’s full bio, or train with him at another time, click here:  http://trackingschool.com/instructors/rob-speiden 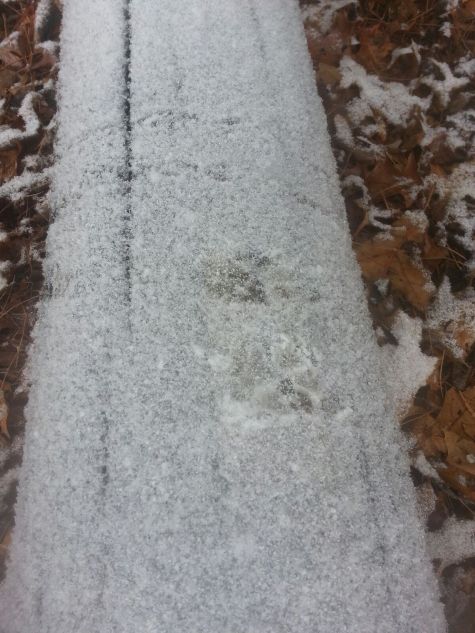