The ‘Ole Jernigator planned our January training and lured us in with the statement that “it won’t be as physical as our usual training, so we will focus more on skills”

On Sunday night, we all knew we had been fooled and that if the Jernigator is in charge, then you better plan a rest day afterwards… or at least just do upper body exercises in our case.

Day 1: We load up the Cobra wagon, slay the Dragon, and start dropping off 2 man teams.

Team Snipe Hunt (pink on the map), made up of Doc Inferno and B.O., get dropped off at mile marker 3 to bushwhack up Dalton Branch manway to the gap, continue up the Old AT manway to Parson’s Bald, and camp at Sheep Pen Gap (Campsite 13).

Team Goat, made up of Mr. and future Mrs. Goat, get dropped off at Twentymile to bushwack the Long Hungry Ridge manway and rendezvous at campsite 13. (Red on the map) 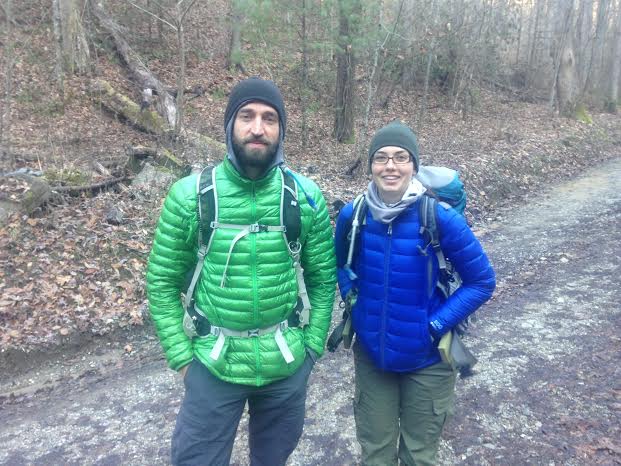 Team Ridgerunner, made up of Jernigator, King Ski, and myself, brave the briars of the powerline and head up the State Line from Deal’s Gap, to rendezvous with everyone at Campsite 13, after a brief interlude and lunch with the Snipe Hunters. (Gold line)

Moving at a good clip, we are at 13 in 4 hours and setting up camp. Sixty years of nature has erased most of the Old Appalachian trail, but the beautiful open ridge and weather just requires a good set of legs conditioned from countless reps on the Thighmaster..

Our training has evolved to where we are making sure to hit several key topics on each trip. A summary of the weekend follows:

Land Navigation – Rotating every hour, off trail navigation is done with a map and compass. UTM’s are done with a grid reader. Everyone got a chance to determine the bearing for the grid searches. 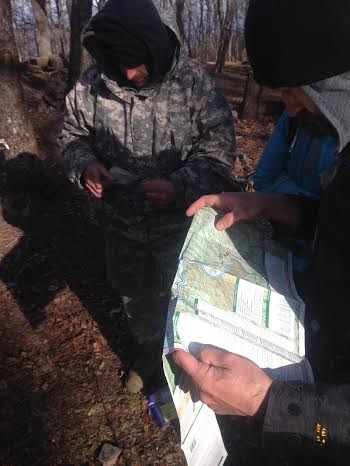 Survival – It dropped into the low 20’s that night, so everyone got to showcase and test out their hasty pack gear. Supplementing inadequate gear with leaf beds and quilts was demonstrated by King Ski, even though I had gifted him a 20 degree bag earlier that week. 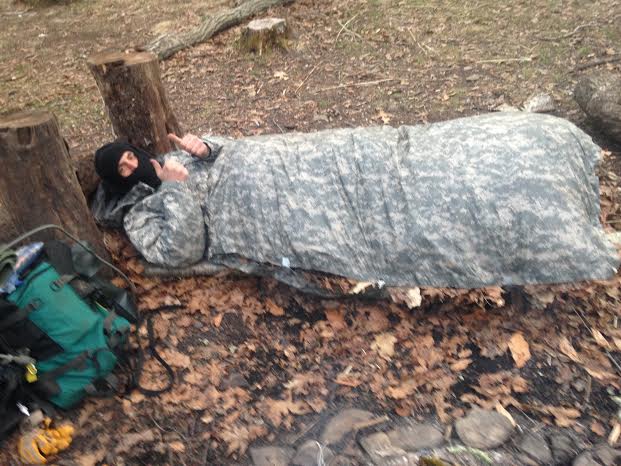 Tracking – Doc and I set up a night time signcutting station based upon the VDEM Operational Tracker standards. It sucks during the day. It sucks more at night. Great drill from track master Spieden!

Medical – After locating the wrecks, Doc Miller gave a great treatise on triage and dealing with multiple casualties.

Search Techniques – Doc Miller, a ground team leader and medical officer for the Civil Air Patrol, also gave a briefing on downed plane procedures. We grid searched for both planes and located both with ease. 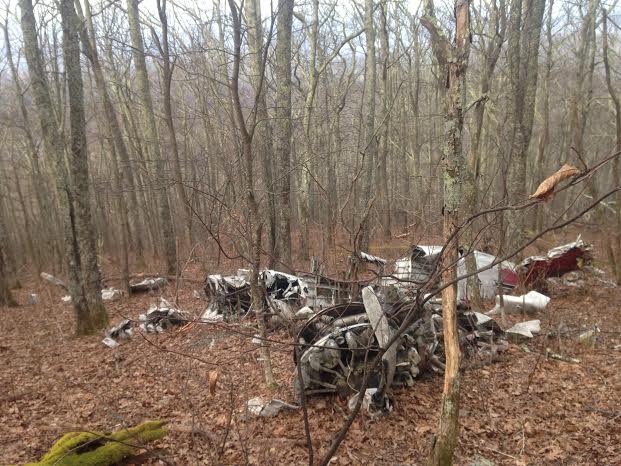 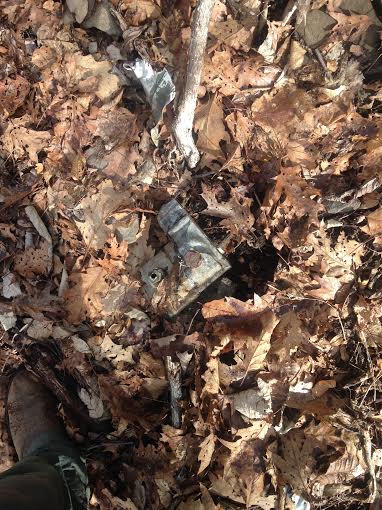 Day 2: After locating the planes, we split back into teams to head out. My team BUSAR boogied down the ridge,  and jumped on a spur of the Old AT to bypass Sheep Wallow Knob. We ended up in a maze of hemlock blowdowns, got trashed, and barely made it back before dark. (Gold line)

Mr. and Mrs. Goat were lured by the same siren song, but got pushed further into the drainage forcing them into a full contact fight with the Rhodo Clan. Ever victorious, they emerged with smiles and headlamps around 7 pm. (red line)

The Snipe Hunters ambled out the state line, but got ambushed by the Briar Gang after dark under the powerlines. That’s a bad neighborhood and I wouldn’t wish that on my worst enemy. They took heavy losses, but popped out at the gap around 8pm. (pink line) 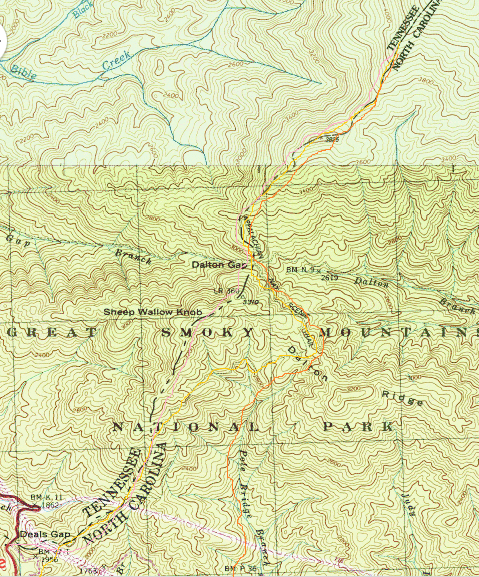 If you want to read accounts of all 54 plane crashes in the Smokies, pick up a copy of Mayday, Mayday by Jeff Wadley and Dwight McCarter. Not only is this book a great read for the average person, I view it as essential for pilots that fly in this region or SAR teams that operate around here. 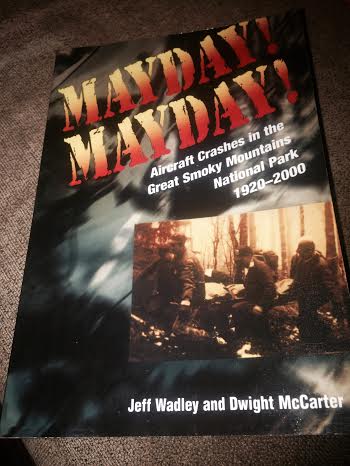 Jeff is a good friend, has 30 years of Civil Air Patrol experience, and knows the Smokies like the back of his hand. We will be hosting him in February for a SAR theory lecture and exercise. It is open to surrounding agencies and individuals involved in SAR. Email me for details.

Travelling off trail, in remote areas, exposes you to greater risks. Mitigate those with proper planning, the right gear, satellite messengers, realistic training, and by leaving a trip plan. This one was texted to my wife and a ranger buddy. Trip plans are downloadable here:  http://www.bigpigoutdoors.net/bpo-trip-plan.html 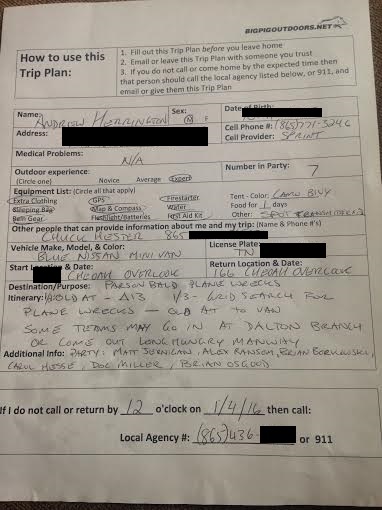